Boating Accidents, Fatalities on the Rise in Florida

Boating Accidents, Fatalities on the Rise in Florida 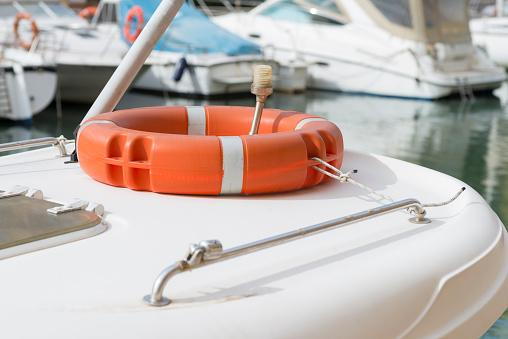 Florida has always had high numbers of boating accidents and fatalities, but recent state and federal studies indicate the problem is getting worse as time goes on.

Additional information from the Florida Fish and Wildlife Conservation Commission sheds further light on these statistics. According to the study, there were 671 recreational boating accidents in the state in 2015, which dwarfs the nearest runners-up: California (369), New York (175) and Texas (154). Florida also led the nation with 52 boating deaths, 60 percent of which were drownings and 82 percent of which involved people not wearing a personal floatation device.

Alcohol and/or drug use were factors in eight of the deaths. Coast Guard statistics indicate that there were 70 deaths and 701 accidents in Florida in 2016.

Florida has more registered boats (931,450) than any other state in the nation, so it makes sense that there would be more accidents. However, despite the state’s increased enforcement efforts, these accidents continue to become more common.

Florida boating safety and law enforcement officials say inattentiveness is one of the primary factors in these boating accidents. Boat operators tend to be distracted by electronic devices and the passengers on their vessels. Indeed, Fish and Wildlife statistics listed inattention or improper lookout as the primary cause in 204 accidents, by far the most common factor and nearly double the second-place cause: operator inexperience (109).

People out on boats must constantly stay alert and aware of their surroundings and make safety a priority if they are to avoid serious accidents.

To learn more about your legal options if you have been injured in a boating accident due to someone else’s negligence, consult a dedicated Central Florida personal injury attorney with Largey Law.