Florida Is Home to Seven Most Dangerous Regions for Pedestrians

Florida Is Home to Seven Most Dangerous Regions for Pedestrians 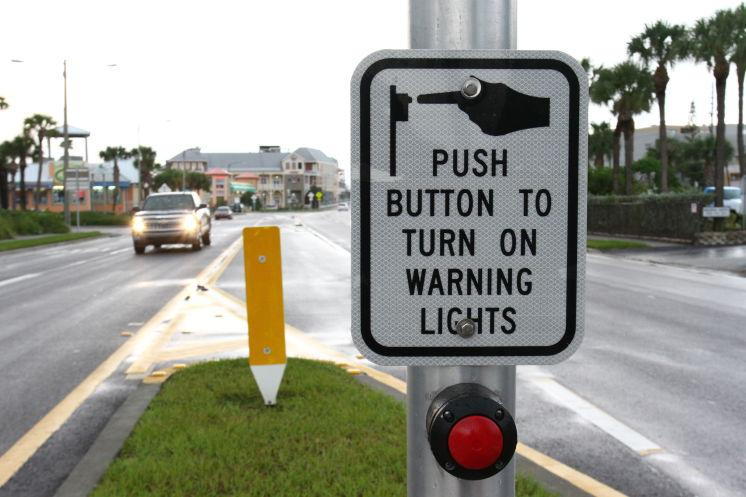 Smart Growth America, an advocacy group encouraging the creation of compact, walkable and attractive neighborhoods, recently released a report entitled Dangerous by Design, which named the most dangerous metropolitan communities for pedestrians.

The top seven most dangerous regions out of the top ten nationwide are located in Florida, making the Sunshine State the deadliest in the nation for those who journey on foot. According to the Tampa Bay Times, Smart Growth America’s ten most dangerous areas for pedestrians for 2016 are:

These rankings are “based on population size, number of people who commute on foot and number of fatalities.” Florida residents are quite familiar with the confluence of circumstances that has made these areas unsafe: rapid, mismanaged growth leading to traffic congestion; highway and surface street construction that favors motor vehicle traffic over bicycle and foot traffic; a high percentage of elderly residents; and a steady stream of tourists who are unfamiliar with the area.

The end of the recession and a return of cheap gasoline have also resulted in more vehicles on the road, and therefore more traffic accidents. Pedestrian fatalities in Florida, which had averaged about 500 for several years, have spiked in the last two years to over 600. However, according to Emiko Atherton, director of the National Complete Streets Coalition, a program of Smart Growth America, "Many of the communities have gotten better over time despite the fact they're at the bottom of the ranking. Communities in Florida need to keep up that good work."

Complete Streets is a nationwide movement to redesign and reconstruct roads and intersections to ease congestion and make them safer for all users. Complete Streets advocates for safety features such as improved lighting, dedicated bike lanes, roundabouts, and traffic signals that give pedestrians a head start at crossings.

At Largey Law, we represent pedestrians injured in traffic as well as the families of victims killed in traffic. We applaud all reasonable efforts to improve safety for pedestrians on Florida’s streets. If have been injured in a traffic accident, trust Largey Law to fight aggressively for justice. To schedule an appointment with an experienced auto accident lawyer at our firm, call 352-253-0456 or contact our office online.