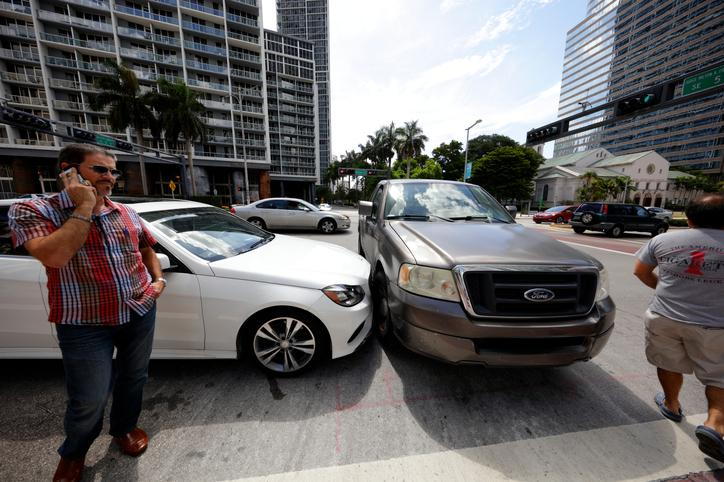 While dark, winding roads on cold, rainy nights might seem most threatening to drivers, data released by the Florida Department of Highway Safety suggests that it’s when driving conditions are best that the most car crashes occur.

In fact, traveling home from work on a weekday in pleasant spring or fall weather may pose real danger. Statistics available on Florida’s Integrated Report Exchange System (FIRES) portal show that of the 401,966 auto accidents reported in the state in 2017, close to 68 percent were in daylight, nearly 78 percent were under clear skies and about 86 percent were on dry roads.

The evening rush hour proved to be the most dangerous for drivers, with collisions spiking between 2 p.m. and 6 p.m., and 5 p.m. was the peak accident time. March and October saw the most crashes, with about 37,000 incidents each, and each weekday saw more accidents than either Saturday or Sunday.

This evidence paints a picture of the perils that exist for drivers, bicyclists and pedestrians in even the most common, daily circumstances.

Accidents can happen to anyone at any time, and may have serious, long-lasting consequences for the health, finances and driving privileges of the people involved. In addition to the 2,924 fatalities caused by Florida traffic accidents in 2017, there were more than a quarter of a million injuries and 232,584 incidents of property damage. Lake County alone saw 4,731 crashes, 48 of which resulted in a loss of life. There were another 1,781 crashes and 31 deaths in Citrus County.

To avoid becoming a statistic, you should always practice cautious, defensive driving. But if you are injured in a car accident in Florida, Largey Law can provide skilled legal counsel to help you obtain the compensation you deserve. From our offices in Tavares, Inverness and Clermont, we represent clients throughout Central Florida. Call us at 352-253-0456 or contact us online to arrange a free initial consultation.